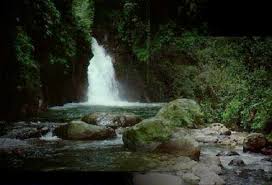 SUKABUMI, (PikiranRakyat) .- Natural Stone Company CV (BA) as the owner of Nature Tourism Exploitation Permit (IPPA) in the Nature Park area (TWA) Sukawayana in the district. Palabuhanratu and Cikakak, targeting the end of April will have started to build as well as managing the natural tourism area in that location.

“Hopefully if there are no obstacles, we will start construction later TWA Sukawayana late April,” said the representative CV Batu Alam, Dra. Hj. Wawa Firra, M.Pd., in Palabuhanratu, Sunday (30 / 1).
According to him, development of natural tourist area in the TWA Sukawayana, it is believed will not be missed. Because, it did not deny previously reprimanded by Central Office of Natural Resource Conservation (BBKSDA) in Bandung, West Java as the owner of TWA Sukawayana land. Letter of reprimand, the substance asked the CV BA so seriously and as soon as possible to build eco-tourism in the region.
“We really can reprimand from BBKSDA, so as soon as possible to build this Sukawayana TWA. Therefore, we will follow it up immediately to build the region, “said Wawa’s wife who is also Director of the CV Batu Alam, Adang Gunawan.
For family entertainment and recreation, said Wawa, will be built two Waterboom respectively at the edge of Cleopatra Hotel and Ocean Beach Hotel (SBH). Plus, a means of outbound and flying fox. By building various facilities and tourist facilities, the course will absorb a relatively large workforce.
“For the recruitment of workers, we will prioritize the old traders who settled, especially those who have a family. Because we manage this tourism area, the public interest and welfare of the community. Therefore, in managing our future will involve the local community, “he said.
He added, IPPA TWA Sukawayana held area of 16 hectares CV BA, valid for 30 years since 2003. Even in 2004, had worked with BA CV Sukabumi regency building and managing 116 new shops, from stalls original tent dwellers. But unfortunately, the presence of 116 stalls were recognized less well-managed to pop the other stalls. (A-67/das) ***